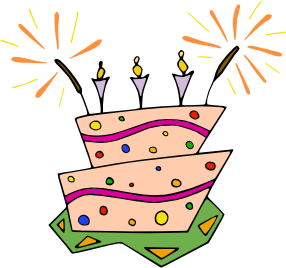 It's our third anniversary, and things have changed in the past year.

Oh, I don't mean to be all doom and gloom. Life has ups and downs. We'll be better again. But I can't help but notice how in the past few months we've dropped below the one post per week average. Lack of time and energy will do that. At least there hasn't been a month without some sort of update -- I've seen websites go utterly abandoned, and it's sad. Especially when life continues elsewhere, and you can at least keep taking part in the conversations.

Surely enough, our traffic stats show that people find it useful when we highlight various developments from the world of gaming, such as HTML5 roguelikes and RPGs -- those two are probably the most popular topics with our audience. And indeed, we write about RPGs more often than I realized -- it's out 10th most frequent topic. That readers choose our blog over more prestigious publications is also encouraging to say the least.

But our focus is supposed to be game development. Indeed, many readers end up here looking for information on voxels, 2.5D or text adventure authoring. Which on the one hand makes sense, as those are smaller ponds... but we're still hardly a big fish in either of them. Oh well, I guess that means we're doing something right.

And then of course people come looking for our games -- often enough in order to see how they're made, as far as I can tell. Which again fits well with our mission. Sometimes a thousand lines of working code speak louder than entire books on how to program.

But who is our audience? I've had access to decent traffic stats again as of late, and some of the data is surprising. First, I was expecting a good number of mobile visitors, but the breakdown by operating system is more like this:

The other 5% contain some surprises, such as a repeat visitor with a Sony P900i. (Hi there! That old workhorse is still going strong, then?) But overall desktops still dominate. I guess mobile devices owners just don't surf the web much. All those apps. And hopefully that will change with the advent of FirefoxOS. Until then, however, don't be too upset if web developers neglect mobiles. Game developers on the other hand would do well to stop ignoring Linux and Mac if they care about mindshare. The latter at least is more popular than Win8!

Because I mentioned Firefox, it's worth pointing out that my browser of choice only holds one quarter of the market, barely half of Chrome's popularity. Which is unfortunate if you ask me, but it's something to keep in mind if you make browser games (as I do).

All in all, I'm satisfied with the direction we've been going in, and I intend to keep No Time To Play just the way it is for the time being. Well, apart from the slump in activity -- I promise to do something about that. So stay tuned, the fun is only beginning. And thanks for being with us so far.